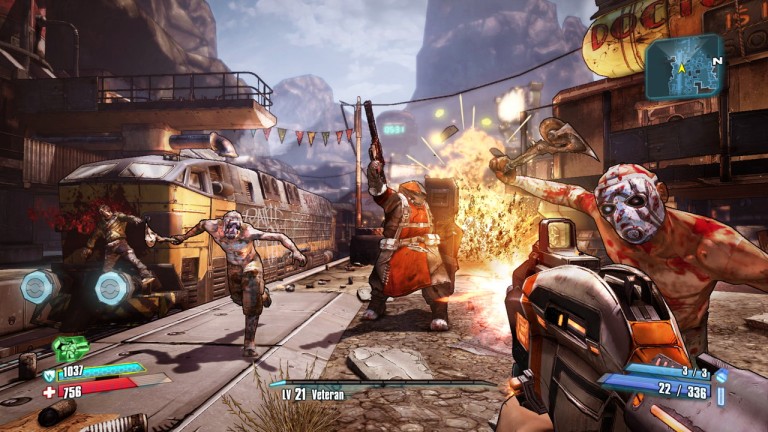 I remember the first mixtape I ever made.

Okay, that’s not entirely true. I remember one specific song from it. And it was actually a mix CD, because I needed the surface area to scribble saccharine musings to my would-be soul mate. I was in high school, so of course, she wasn’t actually my soul mate. Come to think of it, we really didn’t have that much in common at all, but as we are want to do at that age, we tried really really hard to convince ourselves that we had something beyond a nominal understanding of the concept of love. In this particular case, we decided that Tonic’s “If You Could Only See” would be “our song”, despite it being about the singer’s relationship with an older woman (which didn’t describe us) and a reverence for her blue eyes (which my girlfriend didn’t have).

Even long after the melodramatic break up and subsequent teen angst wore off, I found it hard to revisit that song years later. There’s that indescribable twinge of memory feedback we get from things like that, be it a movie we once enjoyed with someone, a building that we now find awkward to walk past, or even a coincidental turn of phrase that has the power to send us back in time for just a few painful seconds. As someone who can be sentimental to a fault, I’ve tried in recent years to distance myself from that as much as possible. If I can actively quell my own feelings of nostalgia for the sake of not unfairly praising something, I should, in theory, also have the ability to shut out those negative associations.

As you may have guessed, Borderlands 2 is the most recent example of one of those associations. A perfectly serviceable game on its own, I didn’t really bother to look at it through a critical lens initially. I played through the entirety of the first game on mute whilst catching up on my podcast backlog, really only interested in fulfilling a need for a loot game. As someone that was once deeply infatuated with Diablo II (though admittedly never enough to make it a mix tape), it’s a craving I find myself having on a fairly regular basis. There’s a primal attraction we have as gamers to getting more stuff, seeing numbers get ever-so-slightly higher, even if Borderlands’ system of generating said loot was never as interesting as it could have been. The trade-offs in the sequel especially felt a bit too limiting, as if not-so-subtly nudging you in the direction of particular specialization.

Playing through the second game, making an active attempt to care about the world and the story, it never really stuck with me. The writing wildly vacillates between clever and grating, but depends so much on snarky memetic humor that it’s much more frequently the latter. It’s well worn territory at this point, but even trying to look at it in the context of 2012, it still feels cheap, which hurts so much more when you see the glimmers of something better. It’s a game that frequently gets in its own way, seemingly too self-conscious to ever commit, often sacrificing character potential for the sake of throwaway gags. For every intriguing lore detail or subtle exhibition of wit, there’s a Tiny Tina sequence or equivalent around the corner just waiting to ruin it all.

All of that said, it’s difficult to fault the actual game design for my discontent. After all, it’s still a satisfying first person shooter underneath those surface level gripes. It just hard for me to go back to, thinking about the time in my life that it represents and the person that I played it with; the things I would have done differently… or not at all. It’s weird, that peculiar stirring in the pit of your stomach that you seem to only get from that very specific anxiety. Going back to Borderlands long after a hope of ever resolving those unsettled feelings, I still didn’t find the sense of closure I was looking for. Maybe that was a foolish pursuit to begin with and there really is no such thing, after all, we are shaped by our experiences and often there’s an encumbrance that comes along with that growth, one we can never truly part with.

I can’t help but wonder if one day I’ll create something that will be shared between people that eventually grow to hate each other. Of course, I would be in no way responsible for that, but it’s still something I think about with the same preemptive regret that shapes a lot of my decision making. Art is supposed to a looking glass; an observation of or distraction from our real lives. Where it gets tricky is when we’re sometimes forced to remember the person we were when we put our eye up to the lens for the first time. If I could talk to that person now, that confused past version of myself, the conversation would probably be similar to the one I’d have with anyone responsible for Borderlands that was somehow aware it was a catalyst for so much turmoil within me.

“It’s not your fault. You did the best you could.”