There are many more free indie games for me to cover, either in the near future or down the line, but as I’ve gone down the list, I’ve found myself playing quite a few that were, while interesting, probably couldn’t warrant an full entry on their own. I figure that the least I could do is recommend the ones that stood out to me for whatever reason.

BARB is very very short and it’s recommended that you don’t know anything about the game before you play it. You, as Barbara, wake up late and have to rush through your morning routine before a friend arrives to pick you up. Things may not be exactly what they seem.

A gritty look at the day-to-day hustle of the freelance speed painter. You’re given 90 seconds to splash something on the canvas that hopefully resembles the shape and color of your subject. Failing that, you could go the more abstract route and get paid on your speed alone. Or you could just draw dicks if you’re a 12 year old…. or me.

You Are Worthless: A Video Game Where Nothing Happens

An exercise in negative reinforcement if ever one existed, I suppose you could describe it as a more nihilistic Desert Bus, a game where you do literally nothing but walk forward for several hours until the credits roll. If you leave the game idle for more than a few seconds, it will restart you from the very beginning. This is less of a recommend and more of a “here’s a thing that exists and I’m glad that it does”.

A first person shooter where you throw towels to cover up old naked men. Yup. 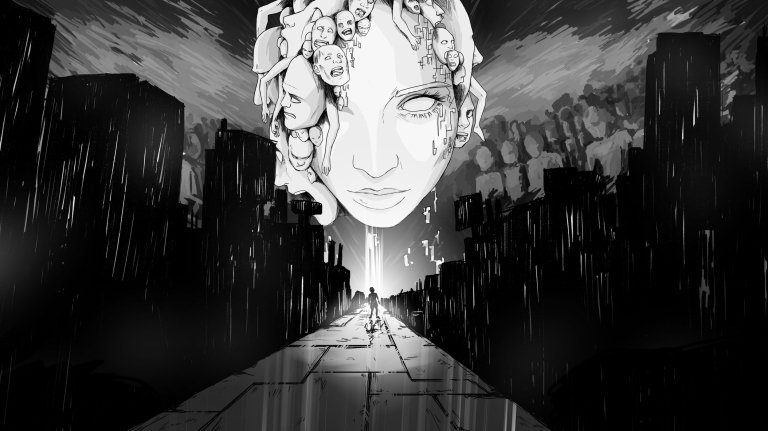 I have a real weakness for good black-and-white art, and here it’s used to wonderful effect. It’s an adventure game where you can’t help but just stop and look at everything, no matter how horrible said thing may be. Available only in demo form at the moment, it’s been Greenlighted (Greenlit?) on Steam.