Here are five more browser games for you to… browse through.  I’m really good with words. 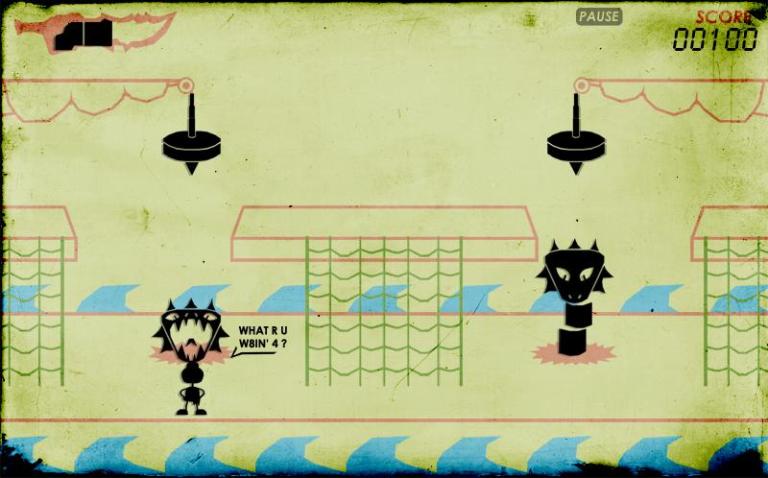 God of War reimagined as a Tiger LCD game.  Depending on your opinion of God of War, this may actually be the most fun you ever have with the franchise.  Okay, that was mean.  Totally justified, but mean. 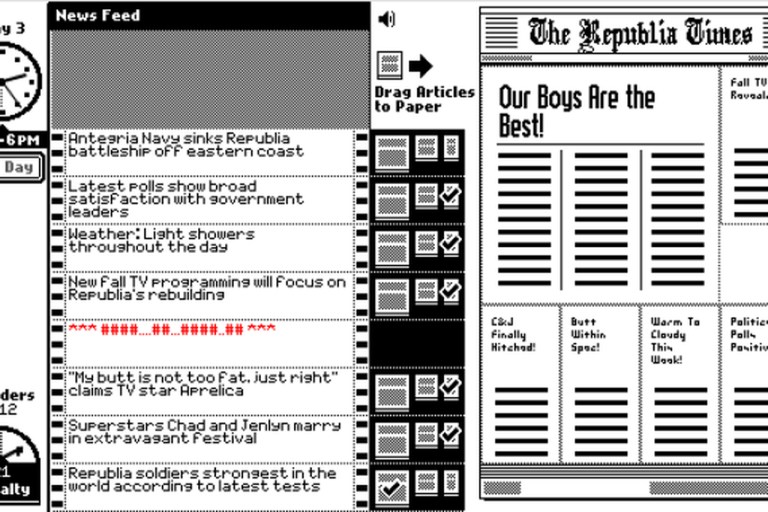 An early game from Lucas Pope aka the guy behind Papers Please.  The comparisons are obvious as you are once again under the employ of a fictional country in Eastern Europe, this time trying to edit the newspaper in a manner that shines the great land of Republia in a more positive light. 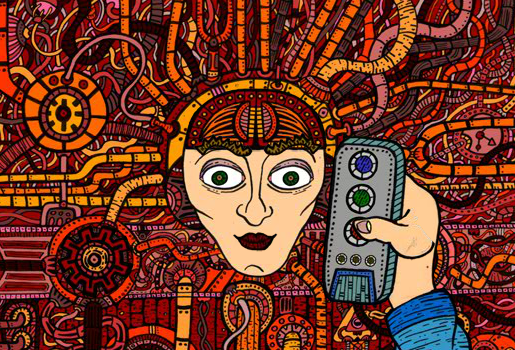 A surreal point and click adventure.  There’s sort of nothing I say that can prepare for the experience that one has with this game.  It’s an audio-visual assault, full of things that become progressively more terrifying the longer you spend examining them.  As you’d imagine, it’s right up my alley.  Yes, I’m from a weird alley.  I like it here.

Life in the West

This isn’t like all of those other Kayne West twitter simulators, this is… the only one, actually.  A supposed look into the mind of our generation’s greatest philosopher, it’s equal parts astonishing and depressing.  Apparently uses actual batshit insane tweets from real life.  I wouldn’t know.  I only follow pro wrestlers and that Werner Herzog parody account.

There’s a room with a button in it.  Don’t know what the button does.  Probably makes candy fall from the ceiling.  Yup.  Candy.  That’s totally what it does.  Or it makes Kate Beckinsale appear, holding tickets to the Disneyworld in one hand and a bag from Cinnabon in the other.  Sounds pretty awesome.  You should press the button.