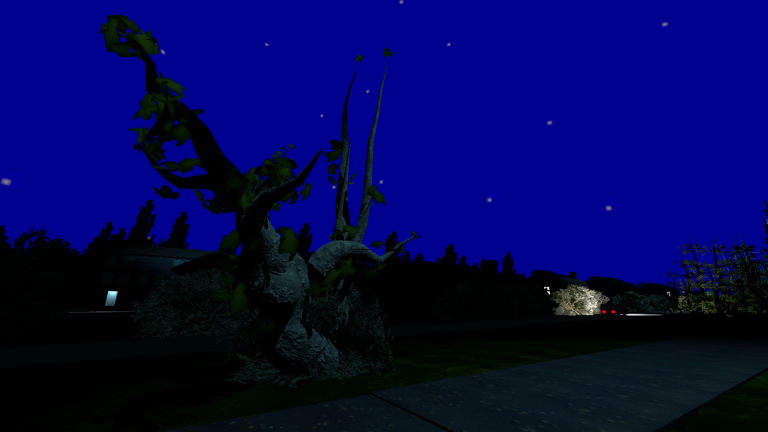 I’ve been putting a lot of work into tomorrow’s game, which, of course, has the side effect of forcing me to find something very very quick for today’s offering.  I don’t care.  The number 250 sounds really important, so I will treat it as such.

It’s a blessing in disguise of sorts, since I’d been meaning to get back to some weirder indie games that don’t require too much of a time commitment.  A site like Warp Door, in particular, is really good for this, seemingly able to find and curate the kind of oddball stuff that tends to speak to me and my often… unconventional tastes.

The game is 20-30 minutes, tops, and sets the table nicely by obscuring just about everything.  At first, you’re creeped out simply by the setting; as if every dark corner could potentially be the one hiding the jump scare that you keep expecting.  Eventually you start to wonder what exactly you’re doing in this place, and why it’s not as quiet as it should be.  It’s the sort of obfuscation that I love, though I recognize that it can only work on a smaller scale, lest the player get frustrated wandering around a little too long.  As a free Ludum Dare entry, it’s hard to complain, even if it doesn’t hit you the same way.  I tend to be biased towards the sort of ideas that I think I’d have executed on if I had the ability to make games myself, so it’s nice to see someone else do that work for me.

My house is over there can be downloaded for free here.