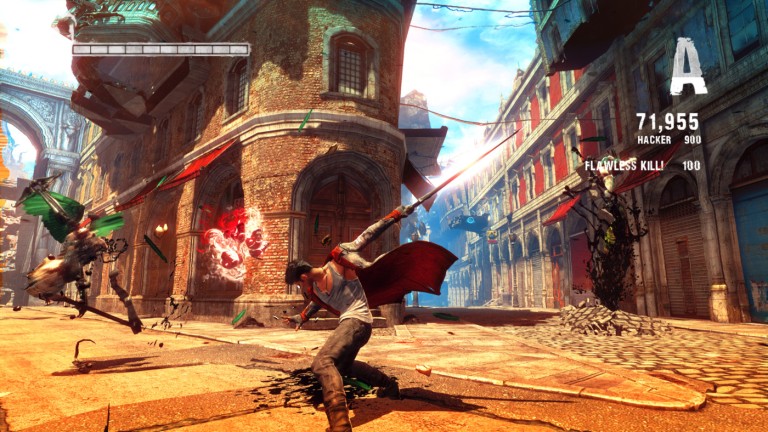 People really don’t like change. We’re simply not wired to handle it. We’re creatures of comfort and habit. We embrace the familiar and form our tastes and expectations for the future around that. When that safe thing is distorted, we… feel betrayed in some way. It’s why I can understand how someone can feel a sense of ownership in a something they enjoy. I don’t agree with it, at all, but I can understand it. Truth of the matter is, no matter how much time we may invest on those things, our position never changes. We’re not somehow entitled to it.

I have to remind myself of this sometimes. When Silent Hill was taken away from its Japanese roots and passed around to other developers, I felt that familiar fanboy rage. The thing I liked was changed, and certainly not for the better. But the creation of those new games didn’t actually invalidate the one’s I enjoyed. Sure, the chances of me ever getting another Team Silent masterpiece became increasingly less likely which each new piece of shovelware, but those old games still existed.

DmC was fighting an uphill battle from the start, since, not only was it a new team with a beloved franchise, but it was a reboot, wiping the slate of the rather confusing (yet unfinished) narrative that the series had established to that point. It was Capcom sending a clear message that the old Dante was gone. It didn’t matter how good the new Dante may have been, suddenly everything about him was terrible – he had a stupid haircut, his jokes were corny, he looked like he was trying too hard to be edgy, things that anyone could have said about original Dante, in fact. Despite this, I wanted to be distanced from all of the hype and rage when I first sunk my teeth into DmC. I wanted to be able to draw my own conclusion.

My conclusion? It’s my favorite game in the series.

I may lose “hardcore” cred by saying that but… the original series, while fun, never really stuck with me. I enjoyed the aesthetics of the first game and even found myself not hating the second but by Devil May Cry 3, it all got away from me. The difficulty reached masochistic levels and I really didn’t care that much about what was going on in the story. Dante felt like an odd relic, similar to Kratos at the time as this archaic and one-dimensional character that was somehow immune to those criticisms.

That’s not to say that new-Dante is a particularly deep character, but he does have much less of a tendency to veer headfirst into melodramatic anime territory. The world he inhabits is also much more interesting. He doesn’t simply inhabit impossibly large corridors inside of churches, rather, it’s the real world being distorted around him. When he fights, it feels like I actually have a sense of everything he can do; that I can learn and maybe even improve with every encounter.

Is it too easy? Probably, though as I’ve gotten older, that’s become less of a downside than a selling point. Thought the story often felt a bit too on-the-nose with its brainwashing soda and news reporter parodies, I actually found myself caring about where Dante ended up and why he was fighting. I liked Virgil because I actually knew who the hell he was this time around. I liked Kat because she didn’t simply exist to be someone’s love interest.

Now, looking back at those arguments, it all seems so silly now, especially when you consider the state that Capcom’s currently in. We may never get another Devil May Cry at all, in any incarnation. It’s hard to guess. I can’t even say that I’d even want that. With a continued series come more of those expectations, some you’ll simply never reach. You’ll always end up changing the wrong thing; removing the “spirit” somehow.

The only real solution is to create something entirely new, influenced by those things we love; that we want so badly to own. Dante’s had his day. There’s always room for someone else.