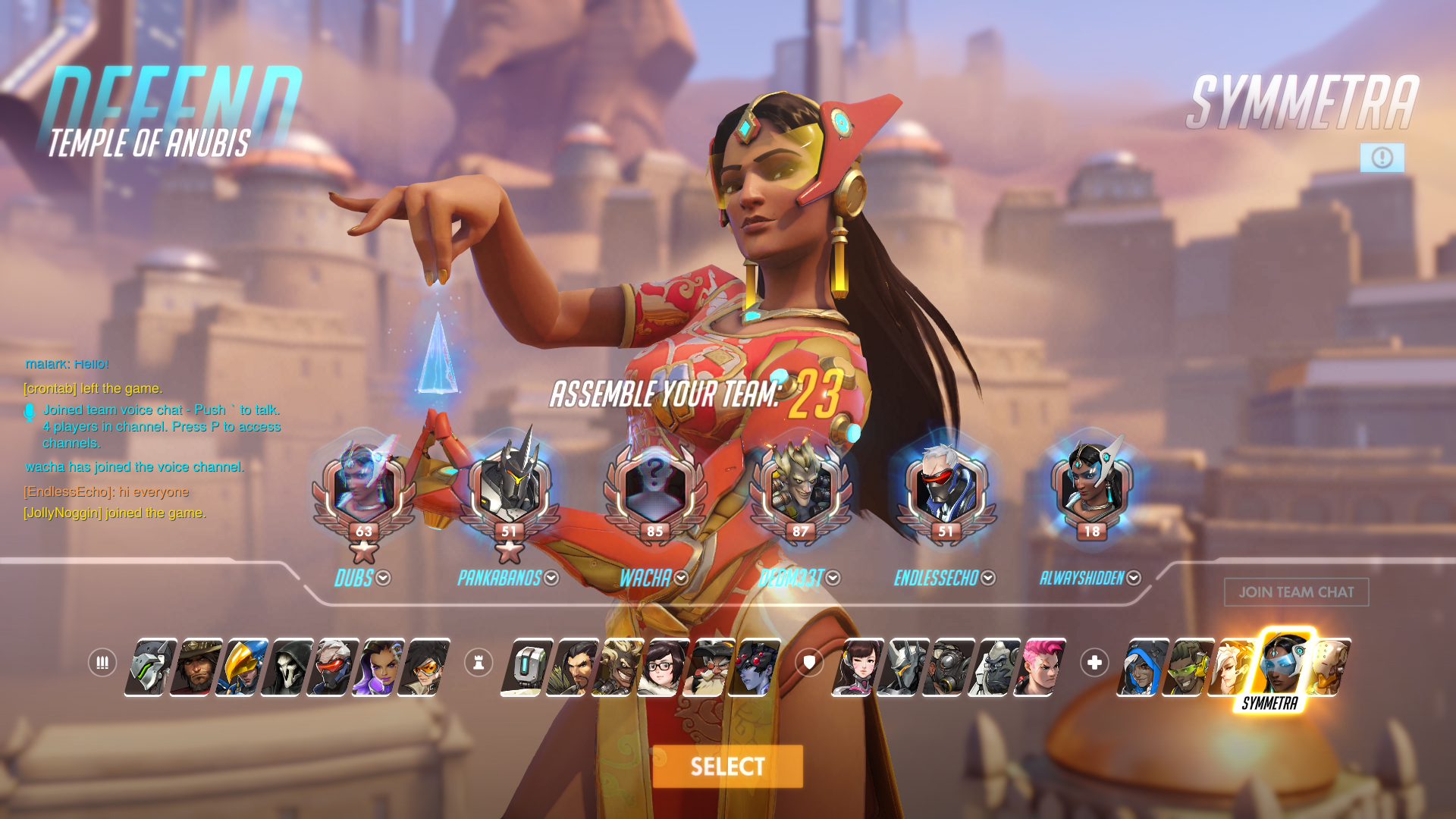 If you were following along with the daily posts on the site last year, you may have noticed that I went a little Overwatch crazy at one point, going so far as to devote an entire week to talking about it. Part of that was due to needing an excuse to keep playing it, but also because it spoke to me in way that no other game really had in recent memory, adding just enough from other sources to the reliable FPS formula to create something greater than the sum of its parts. Of course, back when I wrote all of that, I wasn’t really sure if the game would have legs beyond the initial fervor surrounding the launch, especially considering how many AAA titles had fallen flat in recent memory. It then went on to sell something to the effect of 25 million copies, so it’s clearly not going anywhere, but with that popularity came a new problem.

A lot of people are playing Overwatch.

A lot of people suck.

During my last year with the game, I’d estimate that I’ve been told to kill myself approximately seven gajillion times. If an angry teenager typing “kys” were a mere grain of sand, then I’m reasonably certain that I’d be firmly in Sahara territory at this point. Toxicity isn’t a new issue with gaming as a whole, and I’ve already said my fair share about it, but Overwatch seemed to have a very distinct shift as the player base expanded. To some, it’s simply part of the game, as if expressing desire to violate various branches of one’s family tree were as integral as your mouse’s DPI setting.

For related reasons, I flat out quit playing competitive altogether around Season 2, content to simply jump in for a few rounds of Quick Play to earn my daily loot box. Though the immaturity and ugliness also tends to rear its head there, my problems with QP are more about redundancy, finding myself playing with the same three or four Heroes due to a need to make up for bad team comps. For a while, I wished for some sort of mystical middle ground that would match me with people that knew what they were doing, but not enough to be dicks about it. Also, selfishly, I find it hard to stick to one Hero for too long. Though Overwatch pulls a lot from fighting games, the idea of “maining” a Hero always felt counterproductive at best and, at worst, boring.

Perhaps it’s a testament to the design that I’ve managed to fall in love with each character in their own special way, even finding it in my heart to enjoy Reaper in the sort of ironic manner that may have always been the authorial intention. To me, that’s the most attractive thing about the game, and what keeps bringing me back – this unrealistic desire to be good with every Hero, even as they constantly develop over time.

Mystery Heroes, as you’d imagine, became my default mode in Overwatch after a while, the closest thing to that middle ground that I’d been seeking whilst also completely absolving the players of any pressure to be good. It’s a no-risk proposition, placing the RNG component firmly between you and whatever ne’er-do-well may be on the other team. When you fail, it’s because the game screwed you by giving you Hanzo for the fourteenth time in a row. When you win, it feels like as if you beat the odds, trudging through with a Hero you never use to somehow scrape by with a victory.

Best of all, there’s a quiet understanding between the teams playing, the knowledge that none of this really matters, something that, theoretically, quick play was designed for, though that’s been lost over time. Mystery manages to keep a purity about it, for the most part. I still run into my share of bad apples, but it seems easier to deal with in that context, perhaps because I assume they’re all angry Widowmaker players that never bothered to learn anyone else.

One thought on “How Mystery Heroes Fixed Overwatch”