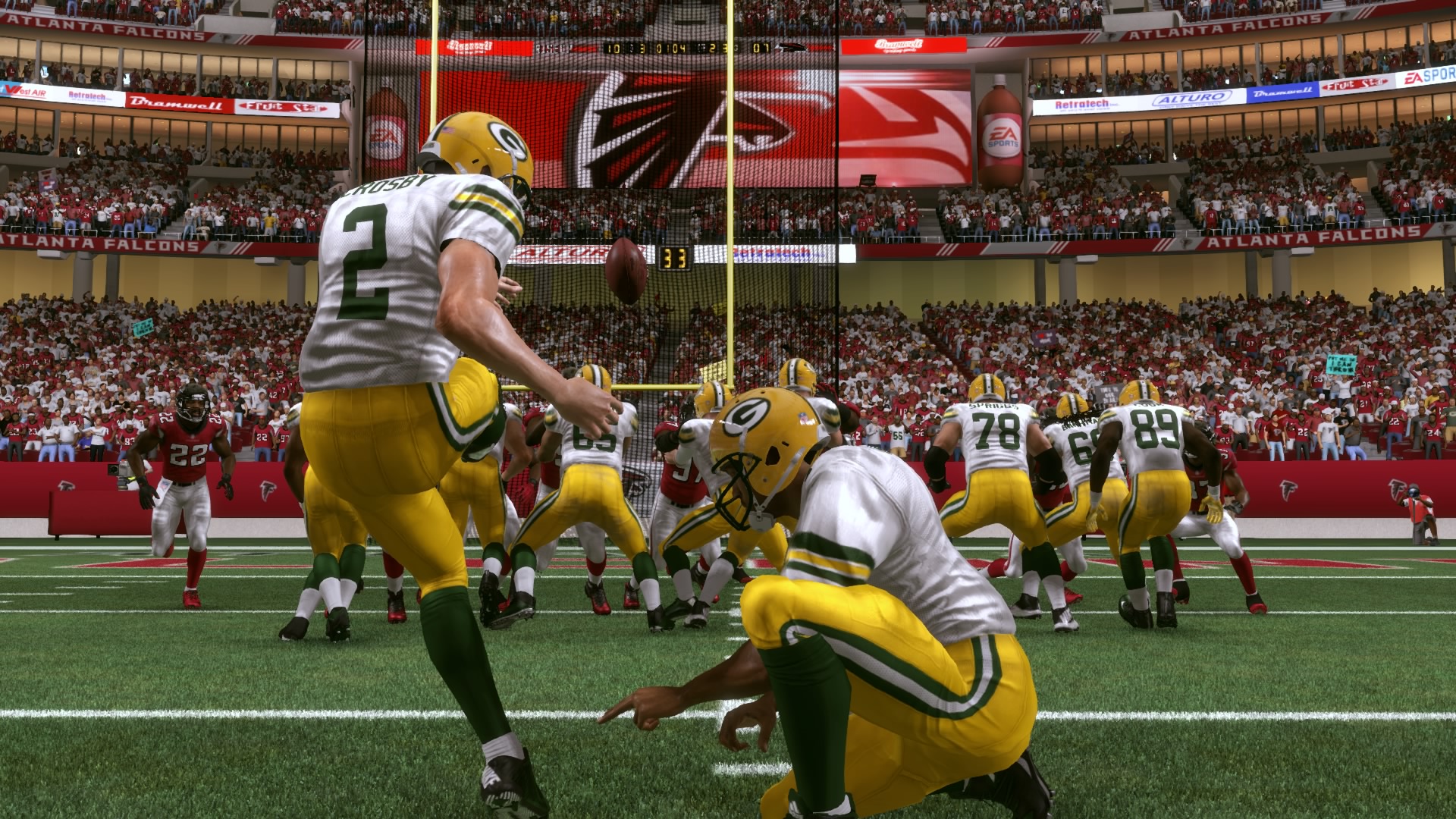 I think an important part of growing up is the shift from insecure hostility to a quiet acceptance of interests people may have that you simply don’t care for. For a long time, sports were like this for me, being the stereotypical nerd that could never quite understand the appeal and feeling, at risk of overstating things, culturally isolated, similar to how people in my social circle will rave about shows that I’ll never see because I haven’t watched television in years.

Football in America is an institution, something that everyone is expected to have a baseline knowledge of regardless of interest level. I recall once having a conversation with someone and not having any clue who was playing in the Super Bowl that year. He responded with a look that one might give a Wendigo immediately after discovering they were real; a mix of confusion and fear, as if his brain were trying to parse the fact that someone like me actually existed.

My relationship with ol’ handegg goes back to my youth, when I came into possession of a Green Bay Packers shirt that I found rather comfortable. I didn’t actually know what the Packers were nor did I ever question why such a thing found its way into Baltimore. It wasn’t until months later that I learned the significance, expecting a Super Nintendo for Christmas, only to see that putrid dark green every time I opened a gift.

“We heard you liked the Packers”, my aunt would go on to say, a sentiment that had apparently reached everyone else in my family, who were no doubt enthused to learn that I was, in fact, not an awkward weirdo and would grow up to be a totally normal young man with a healthy interest towards watching and/or playing sports. I kept this accidental facade going for another year, staring at a poster in my room of a football man every night and having absolutely no idea who he was or why he was important.

I later learned this man was Reggie White. Please do not ask me to tell you anything else about Reggie White.

I sat through a lot of football games during that time, not just because I didn’t have it in me to tell everyone that I was just a fan of comfortable shirts, but also because I felt like something was wrong with me for not having interest in football, that I didn’t really understand it (undoubtedly) and that it would actually be very entertaining once I got used to it (not really). What followed through adolescence was the expected derision of sports as a general concept, insecurely referring to “sportsball” and celebrating my ignorance of the subject. Later on, I found myself once again wondering exactly what I was missing, the appeal that a game like football had to the general public and why I only found the concept tolerable in video game form.

Hank Green explained this better than I ever could.

Football is a game about people standing around and doing nothing for incredibly long stretches of time, which makes it more engaging somehow. Each play is its own self-contained conflict, a chapter of a story told in the matter of a few seconds, followed by a period of rest and anticipation for what comes next. It makes perfect sense when framed that way, but also explains why I never quite had the patience for it in the real world. In games, it’s easy, there are shortcuts; you can hold down the X button to make players run into position faster. You can skip the Utz Barbecue Potato Chips Halftime Show and get back to the part where you hit the guy with the ball.

It’s no surprise that I found myself gravitating to the more arcade-leaning titles in the sports genre, but even back in the days of Joe Montana’s Sports Talk Football, the game has been fairly idiot proof as far as allowing someone as clueless as myself to make progress. As one would expect, you eventually pick up a fair amount via sheer osmosis, understanding that hail mary passes on first down are unlikely to pay off and that punting exists, but as far as understanding formations and schemes, even remembering the names of individual players, that was unlikely to happen. This has actually worked to my advantage in that I’ve never needed the most recent edition of Madden to get my football fix, content with an older version otherwise destined to sit in the backroom of a Gamestop until it becomes vapor, presumably. It’s for this reason that ESPN NFL 2K5 is still a game I go back to regularly.

Well, that and because it features David Arquette sending you random voicemails challenging you for what I can only assume is a shot at his WCW title.

As it turns out, I actually kind of like football, or, at least, the stripped down version that a video game offers. I still don’t really know what the hell a flea flicker is and will usually default to whatever option that makes the game pick the best plays for you, but I understand the appeal of those mini-conflicts – the fight for a few inches in a tight game and the controller-snapping frustration of throwing the ball right into the hands of the other team.

That said, it had been a while since the compulsion to play the game had hit me, in part because arcade football games aren’t really made anymore, the most recent being an ill-advised Blitz remake. (Before that? Backbreaker, a game that no one remembers but I remember because it had P.O.D. in it.) These days, it’s play Madden or nothing at all.

A recent PSN sale left me with a very cheap copy of Madden 17, making me, for the first time, the owner of the newest virtual football experience on offer. The Madden series has been easy to criticize over the years, and rightfully so, due to its complete lack of competition and general sameness every year. For the diehards, it doesn’t really matter, as something as simple as “we fixed passing” is enough for them to migrate to the next iteration (along with the fact that their friends with be doing the same.)

I try to think of how I habitually buy the annual WWE games simply because they added a new wrestler and it doesn’t feel as silly, and in fairness, those games make zero attempt to explain to you how anything in wrestling works. Meanwhile, Madden, at least the 2017 edition, acknowledges that people like me exist; those with an intellectual curiosity for the sport but not quite understanding what an I Formation is or when you should use it. I’m still learning, as hidden within the gaudy UI are over a hundred tutorials on exactly what you’re supposed to do in a game of football. Perhaps it’s the influx of new information or the overbearing EA Trax assaulting my senses, but I’ve been making my way through the lessons slowly, already seeing a dramatic improvement in how I play. It has, perhaps, even ignited some interest in the real life sport itself.

It’s a simple little thing, but the 29th Madden game, guaranteed to sell as much as any other, didn’t really need to bother. Because it did, someone like me is more inclined to stick around, maybe even continue this quest to not be utterly clueless about the most famous sport in the country and maybe even check out the hot new passing improvements that are sure to come our way next go-round.

Will I ever convert to a full-blown fanatic the way my family envisioned all those years ago? Of course not. I have better things to do with my time than engage with the blatant over-commercialism of a football broadcast. Now, if you’ll excuse me, I have more expensive luxury items to write about.